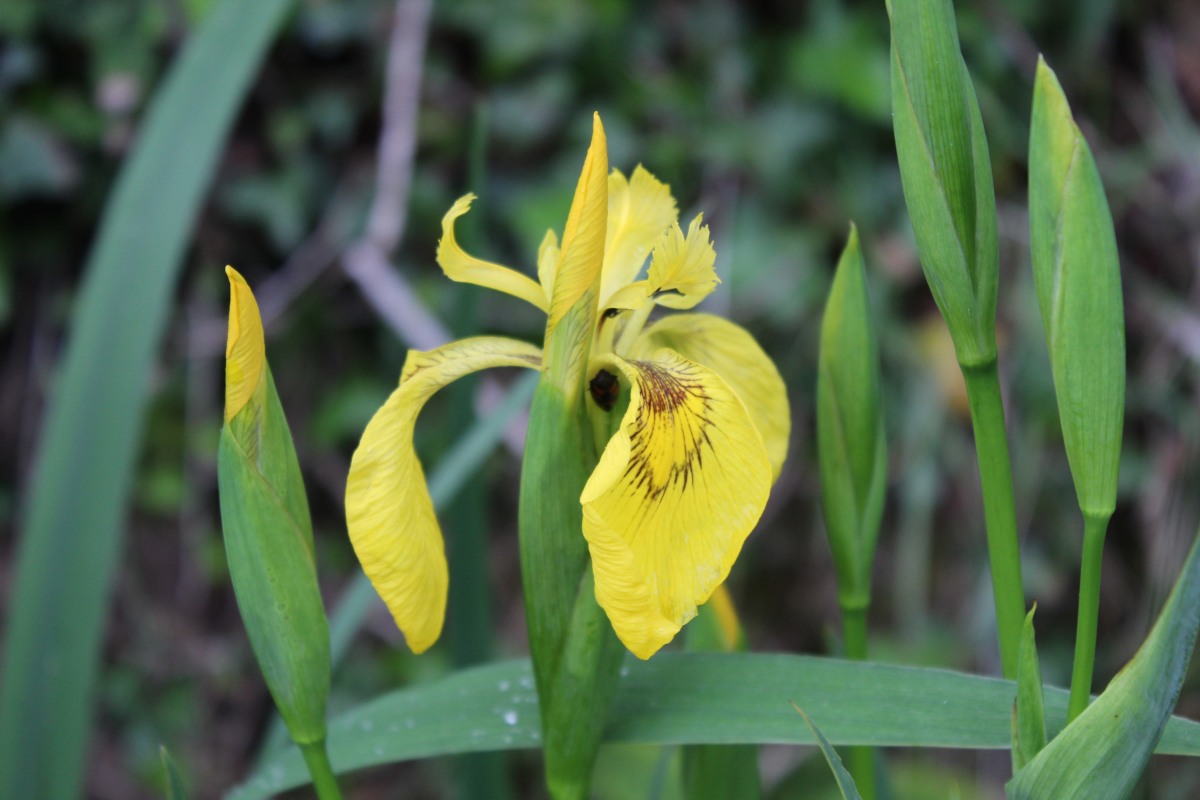 It feels like a long, long time since I took part in The Propagator’s Six on Saturday as in -ahem- July 2019 😮 and so much has happened in the interim, including us moving to a new home in a different country (not an easy one to pull off given the Covid-19 situation – talk about stress). Anyway, we have left our vertiginous mountainside in northern Spain to return to Mayenne in northern France where we are trying to carve a new and interesting garden out of a flat field. After five winters in the blissfully mild Asturian climate, we have been battling through one of the coldest, driest, wettest (not at the same time, obviously), stormiest springs on record . . . but then I do enjoy a good challenge and on the bright side, I no longer need wellies fitted with crampons, we can use wheelbarrows once more, the soil stays put and the squash won’t go rolling off down the mountainside. Thanks for having me back, here are my six offerings of the week:

I love a wild garden which is probably a good thing as there’s very little other than wild flowers in bloom here at the moment, mostly because that’s pretty much all there is in the garden full stop. There’s much planting to be done and I’d like to say, I’ve made a more than enthusiastic start in supporting local nurseries! The exquisite yellow flag iris have unfurled their radiant silky petals this week just in time to welcome the sun back. Spot the red and black froghopper lurking under a petal, they seem to be everywhere at present.

One ‘formal’ plant we have inherited is this glorious peony, it’s loaded with blooms and the scent is mind-blowing. I have no idea which variety, but it’s a beauty for sure.

I won’t bore you with the saga of our polytunnel but suffice to say, we ordered it at the beginning of March and several replacement parts and weeks of far-too-windy weather later, we only managed to finish installing it this week. What a happy bunny I was to finally have 32 square metres of warm, covered ground after months of carting tender plants in and out of the house twice a day to protect them from frost; in a normal Mayenne spring they could have gone into the ground outside some time ago, but that’s another story. After five years of fighting and cursing blight, I may have gone a little OTT with the tomatoes: 27 in the tunnel and 9 outside for insurance purposes. Oh, and another 3 in pots by the kitchen door. Think I’ve got it covered. 😉

Unlike the pampered toms, the courgettes got to the point of no return and really had to go into the ground last week, do or die. We’re sticking with tried and tested varieties of everything this year while we get the veg patch established so these are ‘Black Beauty’ which are usually pretty reliable if not very exciting. Given that the strong gusts of wind had morphed into gales threatening to rip them out of the ground, I decided to repurpose a pile of abandoned slates into protective sheepfolds for them – think Andy Goldsworthy, but a thousand times less talented. As for the grass clippings and chopped leaves, mulch mulch mulch is definitely mantra of the month.

We’ve done a fair bit of fruit tree planting since we arrived in December but there were already a few mature specimens here including this whopper. I shall miss the abundance of peaches we enjoyed in Asturias but this is cherry country and despite the shocking spring, they’re promising good things to come. Will they be red, yellow or black, sour or sweet? Half the excitement of a new garden is seeing what happens in the first year, which at least makes up for the war on weeds and lack of flowers.

Gardening for wildlife is a top priority and we are sharing this space with a wide range of characters including red squirrels that sit under our picnic table scoffing acorns, a huge hare that visits daily to ‘fertilise’ my sweet peas (why them, I wonder?) and more species of bird than we’ve ever had in a garden. We’re planning to create or enhance as many different environments and habitats within the patch as we can to support the wildlife already here and encourage a wider range to visit. Didn’t quite expect to find this on the postbox a couple of days ago but it beats a letter from the tax office, I suppose.

Time to stroll over to The Propagator’s site and be inspired by what other blogging gardeners (or is it gardening bloggers?) have been up to this week – why not come too? Happy gardening, all! 😊